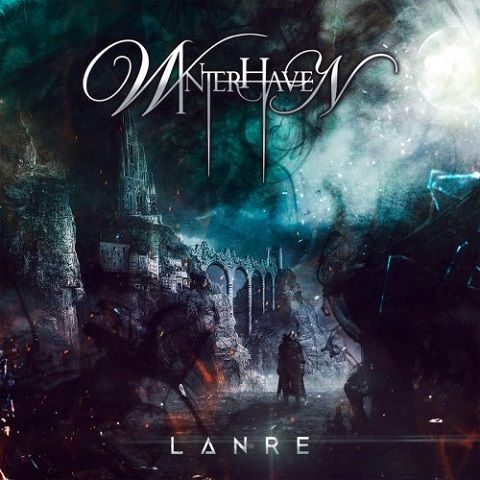 Current and former members of the power metal bands Azeroth, Anna Fiori, and Aceria (fuck, that’s a lot of A’s) have returned after eight years to deliver the sophomore work of Winter Haven: Lanre. This anthemic, genre-bending beast holds nothing back as it attacks with a dangerously cold bite.

The mix of influences in Lanre is interesting in and of itself. The foundation is more-or-less power metal, but alt/metalcore elements run rampant in the form of mixed vocals, heavy breakdowns, and just the general tone of the vocals in general, which are pretty far from soaring, bellowing, rough, or powerful (you know, the usual traits of power metal vocalists). The lyrical content also aligns a lot more with metalcore, which doesn’t matter so much, but the overtones that come along with these themes makes it worth mentioning. There are also death and black metal elements at play, plus some electro stuff, but to a lesser extent.

‘Sunlight Dethroned’ is probably the most typically-power metal track on the album. It’s got cheesy harpsichords and strings, it’s a driving 6/8, and it’s a bit more uplifting that the rest of Lanre‘s tracklist. Unsurprisingly, this is one of my favourite tracks (I’m fucking biased. Who knew?!), but the darker ‘The Sleeper’ is a killer tune, too. I also love ‘When They Come’, which is also pretty mixed in its influences. The low point of the album is the acoustic ballad, ‘Endless’, which is overall pretty wonky, but the rest of the tracks are solid.

If I were in middle school, I would have eaten this fucking album alive. It’s energetic and edgy with great guitars, which is pretty much all I cared about back then. That isn’t to trash Winter Haven, though, because they’ve done a damn fine job here. Lanre is a really cool album and is well worth the listen for fans of fast-paced, aggressive, and slightly angsty metal (I forgot to mention, too, there are some serious Frozen Crown vibes). 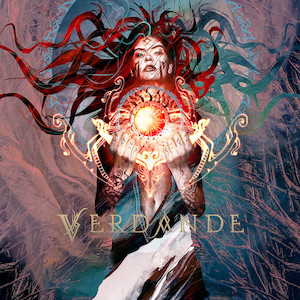 Verdande is a relatively new progressive metal five piece from Denmark. Their sound relies on energetic grooves, playful riffs, and heavy breakdowns, with ripping melodic guitar solos that are very well done. The band is super tight and not one section overtakes the other. Additionally, they prove their versatile musicianship in the pulled back sections throughout the album, which are very tasteful and not overdone. At times they sound like a heavier version of Amaranthe and a lighter version of Gojira.

These guys don’t fuck around. ‘Seeking Waiting or Hiding’ begins with a light acoustic run, before the first verse commences with an intense bang. If the powerful pounding of the first verse doesn’t instantly steal your attention, maybe the first breakdown will. And, if neither of those are enough, the pulled back section in the middle and accompanying facemelter will win you over as the shredding continues building into the final leg of the song.

My biggest problem with Verdande is Soren Sedit’s vocals, and it’s really less of a problem and more a matter of stylistic preference. His screams and growls sound as if they’re coming from the top of his head rather than his throat and results in an angsty screamo voice. In all honesty, it just annoys me.

The best song on the EP is ‘We Wait In The Fire’. The guitar riffs are fast and the song is driven by heavily syncopated rhythm shots. This song contains all the goodness of the entire setlist but amplified and with an even better solo.

All in all, this is a great taste of what Verdande has to offer. There isn’t much variety from song to song (which, with four tracks, isn’t a big deal in the slightest) but each song is dynamic and has plenty to offer. The guitar riffs and rhythm section are really solid and the solos are sick. Verdande has certainly made its way onto my radar and I look forward to their first full-length release, whenever that may be.