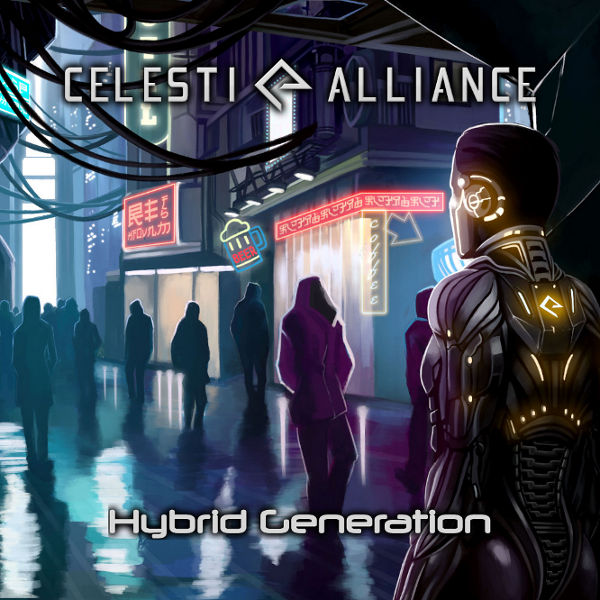 Finland’s latest melodic heavy metal addition comes from the brand new Celesti Alliance. After two EPs, these cultivators of classic steel are finally ready to smash onto the scene with their full-length debut. Pulling from a range of influences from late-80s heavy/power metal (Accept, Judas Priest) and modern heavy metal, Hybrid Generation is a super catchy album that’s generous with the riffs and heavy on the solos.

I think the most accurate way to describe Celesti Alliance’s sound is as a slightly more exciting version of HammerFall. The vocals of Valtteri Heiskanen are pretty similar to Joacim Cans in terms of sound and style, and the songs are built in much the same way (especially ‘Louder Power’). Where things get a bit more colourful, though, is in the prevalent use of keyboards and vocal layers, as well as a dynamism that HammerFall always comes close to achieving but rarely does. As a result, Celesti Alliance end up with an album full of solid bangers while still delivering enough variability to stay exciting.

The only thing holding Hybrid Generation back is the fact that it more-or-less lacks any wowness. There’s some great soloing, with ‘Incomplete’ having my favourite, as well as some memorable riffs, but the album coasts along with the same level of power and proficiency the entire way through. It doesn’t make the album bad, especially when you combine the straight riffage with super beefy mixing, but it does keep the band from reaching their full potential.

But, if you dig the whole neo-80s style, you’ll dig Celesti Alliance. Hybrid Generation lays down enough steady drivers to please more oldschool fans and it explores enough highs and lows to round itself out. You won’t want to miss this killer offering of heavy metal worship.