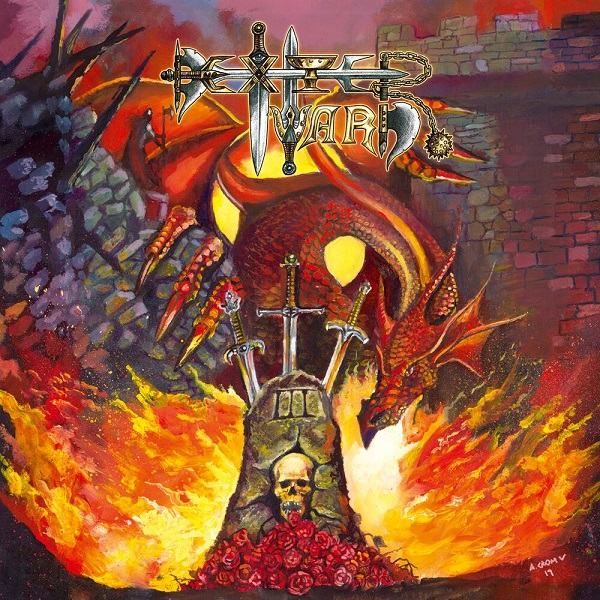 Greek heavy metal force Dexter Ward have returned after four years with a third album of classic anthems and colossal riffage. This epic, gritty onslaught of medieval glory easily stands among the mightiest of axe-wielding metal knights. Within are eight tracks forged of metal worship and mighty tales.

Overall, III treads closely to the root Dexter Ward sound, kind of a combination of bands like Visigoth and Iron Maiden, with a touch of Running Wild. Along the same lines, the sound stays true to classic metal through the use of memorable riffs and a fair deal of facemelting. The vocals, while nothing to scoff at, are more dialed down than the usual belting of modern metal bands, instead taking a more Manowar (or to a lesser extent, Dio) approach to things.

For me, the highlight of III is the guitarwork. I could go into detail or pick songs (maybe ‘The Dragon of the Mist’ is on the upper end?) but I’d just end up saying the same shit over and over so I’ll just leave it and say the guitars are fucking killer, inside and out. The classic-inspired anthems of the choruses also take a stand as a high point, and the drums are far busier than in your usual classic metal band.

But, the real reason III kicks so much ass is its variety. The songs are all dynamic, with sick solo sections in some and chugging grooves in others. Fitting in with the whole sword-and-sorcery theme, a lot of the album is based around up-tempo gallops and 6/8, but there’s a good mix of musical feels, so playing the record front to back is no problem.

Fans of Greek power metal and classics like Iron Maiden and the aforementioned bands should definitely give III a spin (and the rest of Dexter Ward’s stuff). It’s one of the stronger albums in the genre I’ve heard in the past months, and I’m finding it hard to get sick of.