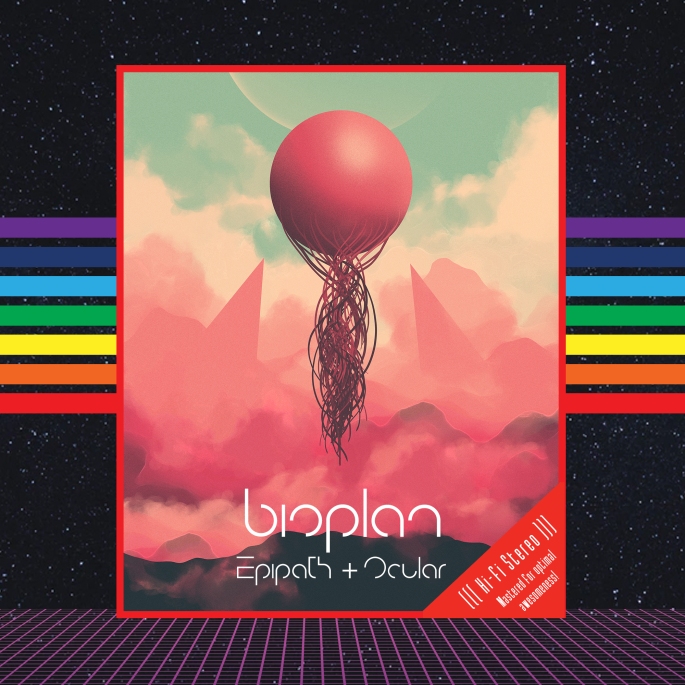 The ever-busy multi-instrumentalist Andi Kravljaca (Aeon Zen, Thaurorod, Nibiru Ordeal) is back with another dose of nostalgia-laden shred madness in the second installment of Bioplan. Epipath & Ocular is functionally a double EP, featuring the previous EP’s (Ocular’s) tracklist, as well as five new tracks in the Epipath section. If you’re coming in never having heard of Bioplan before, expect to hear chunky djent and intense, glowing synthwave in equal measure. You can also expect to be blown away, because this shit is destructive.

I’m only gonna cover the new portion of the album, because I already wrote a review for Ocular last year, which you can read here if you’re so inclined. The biggest difference Epipath has from its predecessor is that it is way more synthy. There’s a lot more emphasis on atmosphere this time around, but there’s still no shortage to relentless neoclassical shredding or flying guitar melodies. Furthermore, the numerous background synth harmonies, melodies, and syncopated drumming are as on point as ever, so the album is an all-around blast.

The album begins with a very Flash Arnold opener in ‘Ingress’, which leans very far onto the more atmospheric side of things. There’s still a fair amount of shredding, but it’s nice to get something different right off the top. However, staying true to the core of Bioplan, the album continues into ‘Perspex Cassidy’, which offers more of that familiar Jeff-Beck-meets-Joe-Satriani-meets-modern-prog experience.

While the entire album features truly masterful guitarwork, highlights can be found in the entirety of ‘He’s a Transporter’ and my personal favourite song on the record, ‘Atomic Era Cocktails’ (which also has a mean fucking synth solo by Harri Koskela, a cool dubsteppy section, and a super trippy fade into the outro).

Another thing I noticed is the fact that the naming conventions for songs is entirely different this time around. Where Ocular had pretty generic modern prog titles like ‘Inclement’ and ‘Refractive’, Epipath has a little more fun with things (most of which I’ve already mentioned).

Anyway, fans of cheesy 80s synthwave, technical prog, or instrumental fusion with undoubtedly love Epipath & Ocular. It’s got all the flair, skill, and facemelting fuckery you could want, all wrapped up in a retro-yet-crystal-clear package.

If kicking off the year with a super cheesy 80s metal album becomes a regular occurrence in my life, I would have nothing left to ask for. Last year, February serenaded us with the ferocious Beast in Black’s From Hell with Love, which blasted its way into my Number One Metal Record spot. And now, former symphonic metal troupe Amberian Dawn have also made the shift into 80s synthpop revival with their ninth record, Looking for You. While most of the songs follow a steady bass-snare beat, the album is gloriously addictive.

Drenched in synth and vocal layers, there’s never a dull moment. The band has coined the term ABBA-metal to describe their music, and that couldn’t be more accurate. Every track rings with glowing positivity and spits out some of the catchiest melodies I’ve ever heard. The “metal” aspects of the album are definitely secondary to the synthpop but, hey, it’s fun and it’s still metal enough for me.

One of the album’s high points can be found in the song ‘Symphony Nr. 1 Part 3 – Awakening’ (rolls off the tongue, doesn’t it?), which is the third part to the Symphony that began in 2015’s album Innuendo. The track features some mad double kicks that are perfectly executed, as well as the vocal talents of the mighty Fabio Lione (ex-Rhapsody, Angra, Turilli/Lione Rhapsody) alongside Amberian Dawn’s Capri. Additionally, there’s a sick solo tucked away in ‘Eternal Fire Burning’ and some beefy basslines in ‘Butterfly’, as well as some great cymbal work scattered throughout.

Amberian Dawn have always been an adaptive outfit. Since their shifts from power metal then symphonic metal, they’ve always been able to create a commercially-available sound while remaining musically interesting. If you’re looking for huge riffs and aggression, you’re in the wrong place. But, if you want some fun shit to nod your head to, spin at the gym, or crank at a party, look no further than Looking for You. 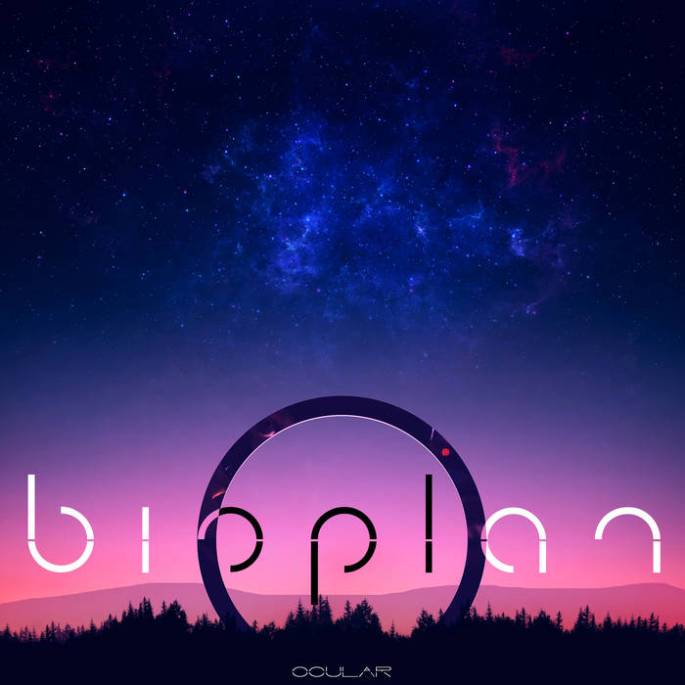 Ocular is the debut EP of Bioplan: the solo prog project of multi-instrumentalist Andi Kravljača, whom you might know as the vocalist from bands such as Aeon Zen, Seventh Wonder, and Thaurorod. However, his role in Bioplan is basically everything but the vocals since, well, it’s vocalless. Instead, he stands as an axeman/keymaster/bassist combo, and a damn good one at that. Supporting this mostly-one-man effort are guest guitarists Alistair Bell (Aeon Zen) and Emil Pohjalainen (Amberian Dawn) and keyboardists Pekka Laitinen (Nibiru Ordeal) and Andreas Soderin (Seventh Wonder), who all make appearances on the track ‘Invective’.

This is the first album I’ve heard in a long-ass time that actually has a decent intro track. Right out of the gate we’re shown what to expect: sick shreds, heavily syncopated rhythms, and a cyberpunk atmosphere. Rather than just some generic, shitty orchestral number, ‘Astral’ is actually a legitimate mini-song, so bonus points there.

As the album moves forward, each song rips through numerous intricate and destructive grooves, but they peak in the crazy solo backing part in ‘Permeant’, as well as ‘Inclement’, which is the heaviest of the EP’s six tracks. On top of that, the synths create mesmerizing retro atmospheres amidst the surrounding chaos, and there’s even a full-out synth version of ‘Invective’, which is sounds like Vince DiCola decided to go techno (which, in case you can’t figure it out on your own, would sound like a super cheesy video game soundtrack). All of these ups and downs are stuck together with surprising fluency, which allows each song to have a huge dynamic range.

It’s really tough to pinpoint any highlights in Ocular, because everything works really well together. The lead guitar is ridiculously good at pulling off a fluid melody as well as unleashing some devastating facemelters, but a large part of the impact it delivers comes from the support of the keyboards and rhythm section.

The combination of some of the beefiest fucking djent I’ve ever heard, shredtastic fusion, and glowing synthwave that Ocular so easily pulls off is, in my own humble opinion, masterful. While I typically shy away from one-man projects (although, I’ve heard a few lately, strangely enough), this is easily one of the strongest and most honest products I’ve ever seen from one. Andi Kravljača has excellent vision for both metal and synthwave, and I’m excited to hear a followup of Bioplan’s debut!